Proposal to Lawndale:
After reading The Radicant an odd paranoia set in considering the role of global standardization through modernist universalism and the reaction against it: a re-entrenchment in cultural or nationalistic identity. Considering the notion that modernism is an aesthetic stripped of identity, essentially empty of humanist value, can be echoed in the globalized individual who has no roots, and thus no identity. One may even be tempted to assume the traits (or lack of traits) present in our surroundings can be transmuted to the individual: environmental determinism of vacancy.

Contradictory to this notion of vacant people in vacant surroundings my Protestant roots abhorred decoration or excess, creating a nearly high-modern minimalism full of people simultaneously attempting to empty themselves and developing richly complex contradictory values. I am not interested so much in the religion itself, but in the highly conflicted act of people finding and releasing “identity” within a universalist setting, offering an oddly futuristic possibility of affirmation and release. Most notably in our current culture would be the release from digital self ubiquity and resultant ennui. 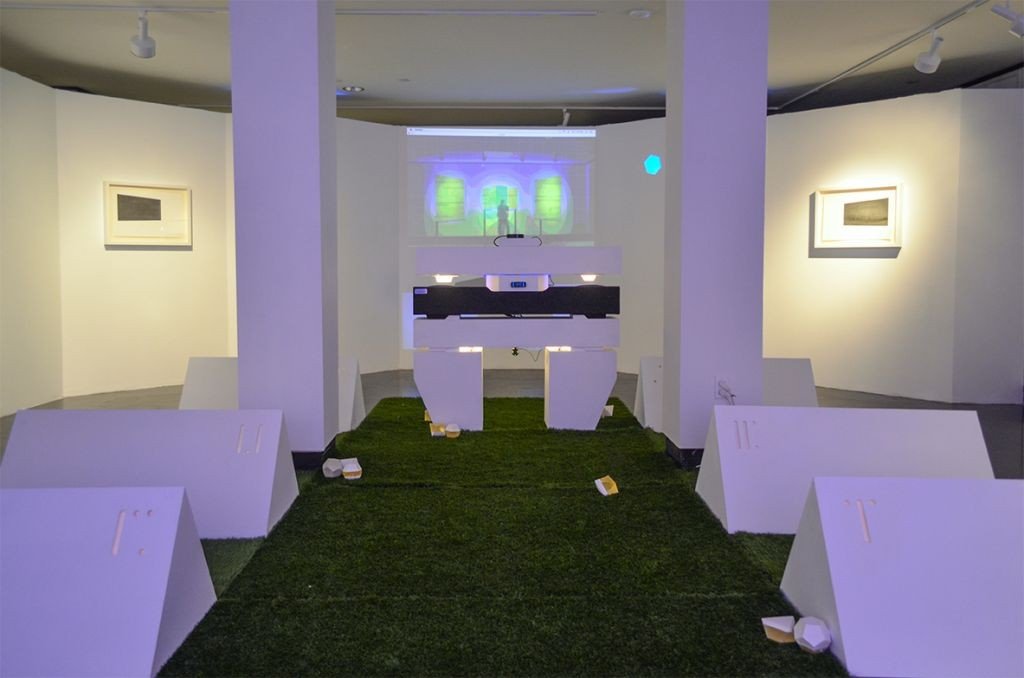 Upon entering the exhibition the participant can be documented, image projected, and gradually stripped of identity markers forming a Universalist ideal: a dissipation of “self” into simplified aesthetic phenomena, mapping motion/action over identity. As this takes place sound acknowledges the approach, a tolling of Venice bells and engine gaining momentum. Reacting to Walter Benjamin’s notion of the detached image of cinema living a more rich, travelled, and complex life than the actor, I hope to thwart this aggrandizement of “self image” in a more Eastern sensibility: dissolution of self to merge with the whole, a sacrifice of identity for communality, despite the ubiquity of informational clues suggesting otherwise.

I am proposing to build a hybrid between a pulpit and science fiction control station: a modernist temple to information (drawing heavily from the secular Rothko Chapel paintings and floorplan) complete with cameras, recessed lighting, digital projections, and panels of quasi-unintelligible text and formulas.

The Idyll, Standing Reflection I

The Idyll, Standing Reflection I

The exhibit draws from several sources such as Bourriaud’s The Radicant,  UFO theory (Flynn, Vallee), 1950’s science fiction and red scare tactics (Heinlien), the Compton Effect and apocalyptic doomsday prep psychology (Zizek, McCarthy, and several others), and the elitist alienation and obfuscation inherent to Utopian theory. The title comes from a Maurice Blanchot short story about a stranger’s inability to “escape the spectacle of happiness” leading to his death.