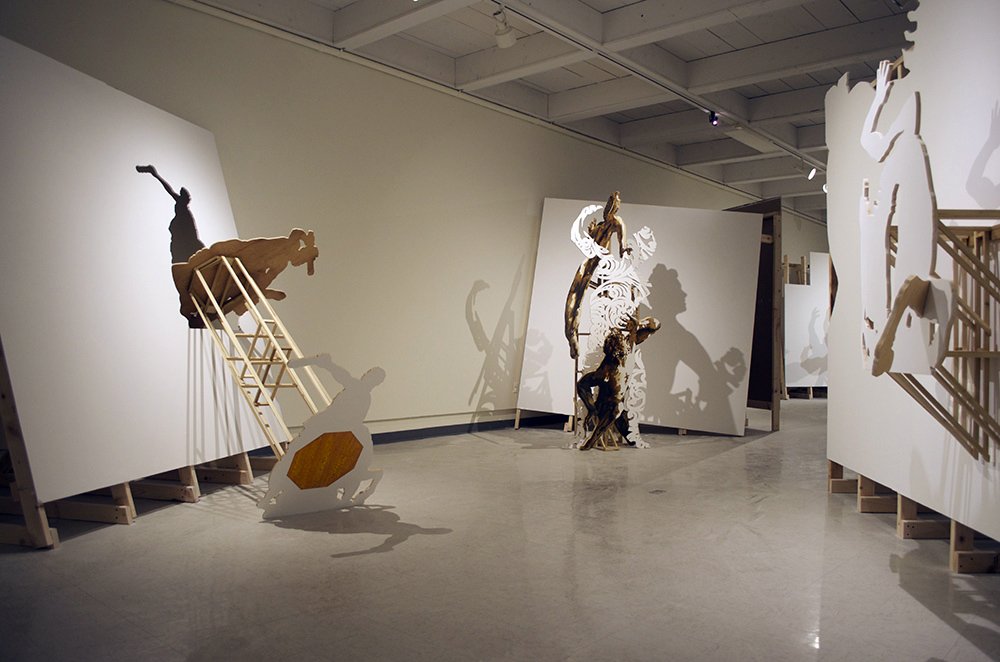 During his time as a fellow at the RAiR Ryder Richards (born in Roswell in 1977) has developed a series of works exploring methods of icon and image presentation in the West.

Drawing his inspiration from Giambologna’s late Renaissance works “Rape of the Sabine Women” and “Hercules Fighting the Centaur Nessus” in Florence, Richards new works present flattened versions of complex sculptures held aloft by a wooden network of scaffolding reminiscent of drive-in movie screens, billboards, and towers lining the local highways. Dwelling on the uniquely conflicted relationship between victim and oppressor, utility and language, the works reflect theatrical imported propaganda as subjected to locality.