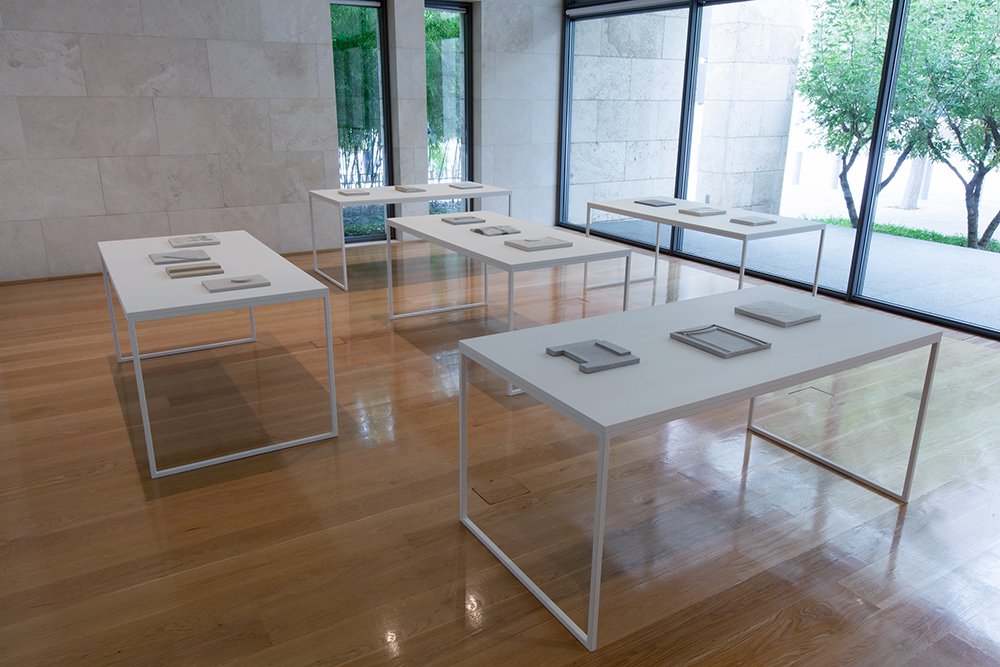 
Anna-Bella Papp, in her debut American Museum exhibit, presents a series of clay tablets at the Nasher Sculpture Center, Dallas. Arranged on a set of tables within the Renzo Piano architecture, her small works are flooded with natural light, humble in repose, or at least laying flat, demanding a meandering navigation of bent observation. Slight in scale, approximately the size of a book, each piece offers a different tableau: minimalist forms, architectural elements, flattened perspectives, proposals for land art, or Martian carvings. Each piece presents a Gestalt unity with careful construction speaking of vaguely familiar, but cautiously eradicated, source material. Glancing to the next piece for elucidation often proves futile: there seems to be no singular motif besides the basic rectangular shape and manner of display. As such, the exhibit proffers an eccentric set of forms linked more by materiality, scale, and a delicately refined craft that feels inspired by high modernism while combatting it. 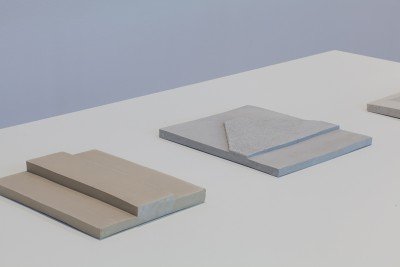 Exhibiting at Stuart Shave Modern Art, London, Papp’s pedigree alone begs for a closer inspection of such subdued works. Functioning intimately they tend to rebel against the natural evolution of museum exhibits. For example: the Nasher currently has on display a Heatherwick Studios design exhibition, which is stacked with superficially awesome (or pretentiously ridiculous) design solutions fabricated at a tremendous scale and cost. Positioned away from the main gallery space Papp’s works become casual, perhaps boring, by contrast. Clearly hand made and suggestive of prototypes for molds the small blocks demure to participate in the ongoing need for spectacle, grand scale or material innovation as a means to communicate. They instead offer a reduced posture, literary and poetic, through edited content that opens narrative: a bulging curve acts as a burial mound or slice of an airplane wing, at once becoming both aeronautics and religion, while the piece adjacent has a perfectly removed rectangle stacked on top, a Mono-Ha movement, forming a tiered pavilion or possibly an Atari invader (Untitled, 2014 for both).

With such vast differences in possible interpretation there is a tendency to rely on the Nasher’s exhibit text, which references Masaccio, Naguchi and Roman tile floors with eloquent, sweeping associations. All of which feels accurate and enlightening. Notorious for allowing broad interpretation, the minimal modernist aesthetic of clean, reductive form is heavily employed in the majority of Papp’s work. The series of incised excavations, perspectival angles, and blocky protrusions meet the requirements for sophisticated craftsmanship and purposeful obtusity necessary to signal a language of modernism, or at least reference Judd’s philosophy of “you should have a definite whole and maybe no parts, or very few,” and thus open themselves to a recognized system of interpretation where every addition/subtraction carries meaning. 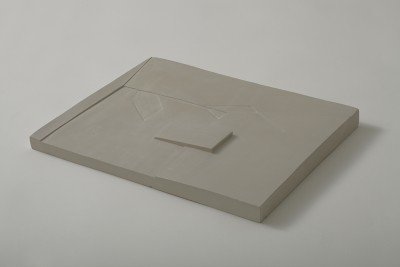 However, throughout the exhibit the initial impression of the visual language is confounded. Primarily, the pieces feel too specific or clearly design based to be attempting a universal vision, generating a desire to pinpoint source material or imaginatively dream of possible implementation on larger scales. Further thwarting the initial impression of modernist design is the inclusion of the comic non-sequitur: a delicate line breaking and forcing a lion to jump the gap, or an entombed column tilted and purposeless. (Occassionally a Ripe Apricot Fell to the Ground and Untitled, 2013). The visual puns allow the pieces to be returned a sense of humanity at odds with the rigid forms. The works are quietly, humbly rebelling, against the need for objects to be more grand than individuals.

In Fried’s “Art and Objecthood” 1967 he states that “objecthood alone can… secure something’s identity,” especially in regards to sculpture, yet we find many objects vanish unable to signal an aesthetic commons or they so fully embrace a movement that they cease to offer insight. Papp’s work offers a cagey solution: utilizing a familiar visual language, but subverting it into charming diarist sketches, empowering the communication of the objects with insightful playfulness and a sense of humanity despite the weight of their historical, literary placement. 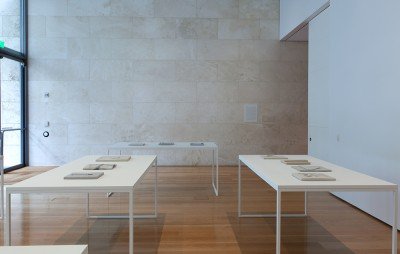 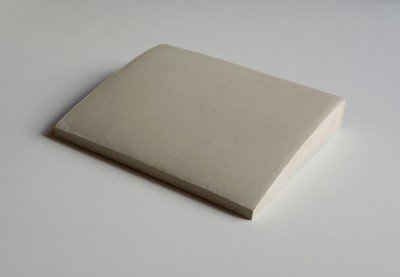 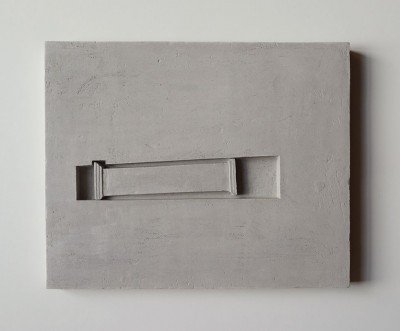 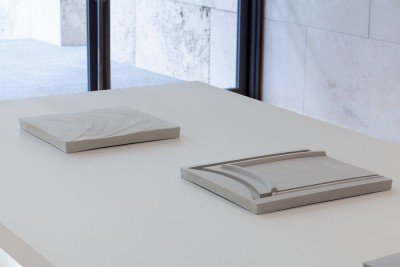 photos courtesy of Kevin Todora and the Nasher