Ambiguous Reprimand
Jens Hoffmann lecture at the Frist Center for Visual Arts as part of “State of the Arts” lecture series. 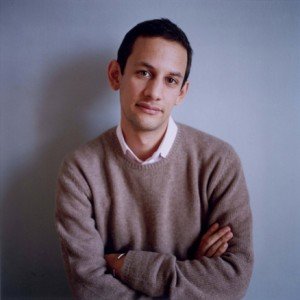 With a lecture titled “Biennials and Curatorial Ambivalence” one expects a call to arms: either heralding ambiguity as profound or exposing it’s role in contemporary art as an apathetic mask for ill-considered practices. Speaking at the Frist as part of a collaborative program with Vanderbilt Jens Hoffmann, paradoxically, did both.

Hoffmann began the two-hour lecture reading several pages of a prepared statement with terms like “deskilling of the current curatorial practice,” “avoiding contextual readings,” and “investigation of otherness.” (My sister, whom I brought with me, promptly nodded off.) The statement acknowledged the current trend toward ambiguity and open-ended investigation found in the arts, while focusing on a high degree of professional ambivalence leading to a decrease in the quality of current curatorial practices due, in part, to the usage of the Internet. Stating “there is no criteria by which to judge the success of many current Biennials,” Hoffman seems to be confronting events such as Oberst and Hanrou’s Cities on the Move or Hanrou’s P_A_U_S_E, both of which dramatically blur the distinctions between city and exhibition as a way to evolve traditional curatorial practices into a heterotopic awareness. 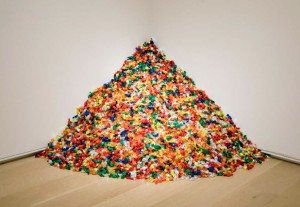 Hoffmann presented one of his latest curatorial endeavors, the 12th Istanbul Biennial, as the antithesis: a tightly constructed, measurable Biennial. Hoffmann discussed how the work of artist Felix Gonzalez-Torres functioned as conceptual foundation, spawning the title: Untitled (12th Istanbul Biennial) 2011. All of Gonzalez-Torres works are named Untitled, implying the inability to be limited to a singular meaning, yet convenient sub-clauses are formed in both the Biennial and in Gonzalez-Torres’ works —such as Untitled (Death by Gun)— allowing the projects to maintain a level of accessibility. Invoking Gonzalez-Torres, the curator aligns the Biennial with the artist’s ability to expose and baffle dialects within the art system: in Untitled (Ross) Gonzalez–Torres’ references his partner who died of AIDS, compelling museum patrons to consume an abstract ‘portrait’ of candy, allowing the piece to be decimated within the museum context, yet somehow remain intimate and personal rather than overtly destructive. Like Gonzalez-Torres’ work, at once “political and poetic,” the Biennial forms under an umbrella of ambiguity while remaining thematically and physically structured. 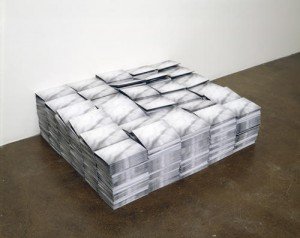 Held in four large buildings, the interiors were designed to mimic the maze-like layout of the local street markets, while each building has a theme derived from an individual work by Gonzalez-Torres: Untitled (Death by Gun), Untitled (Passport #II), Untitled (Ross), and  Untitled (Bloodwork: steady decline). The works presented tied both aesthetically and conceptually to the themes, showcasing a global range of artists with works challenging attribution and interpretation.

After the lecture a few questions were asked: “given your stance on the deskilling of curators, how does the rest of the curatorial community receive you?” Hoffmann side-stepped the question implying that there was some controversy but he was not concerned. He followed up with a comment about curatorial exploration stating, “there is still more to be explored within the current curatorial format.” 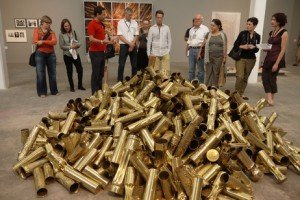 While applauding Hoffmann’s tightly considered curatorial style and work ethic one is left with a nagging sense that an opportunity to do something grand has been turned down in favor of an object lesson reprimanding the field of curatorial studies for their willingness to experiment. Setting aside easy targets that do not merit consideration, such as “celebrity curating,” this Lutherian reaction is puzzling. Presupposing that any curator is a serious artist realizing his or her vision through the exhibition format, the need for a rubric or criteria from which to judge success smacks of academic polemics: a restraint dismissed by most exciting curators and artists as a hindrance to novel growth.