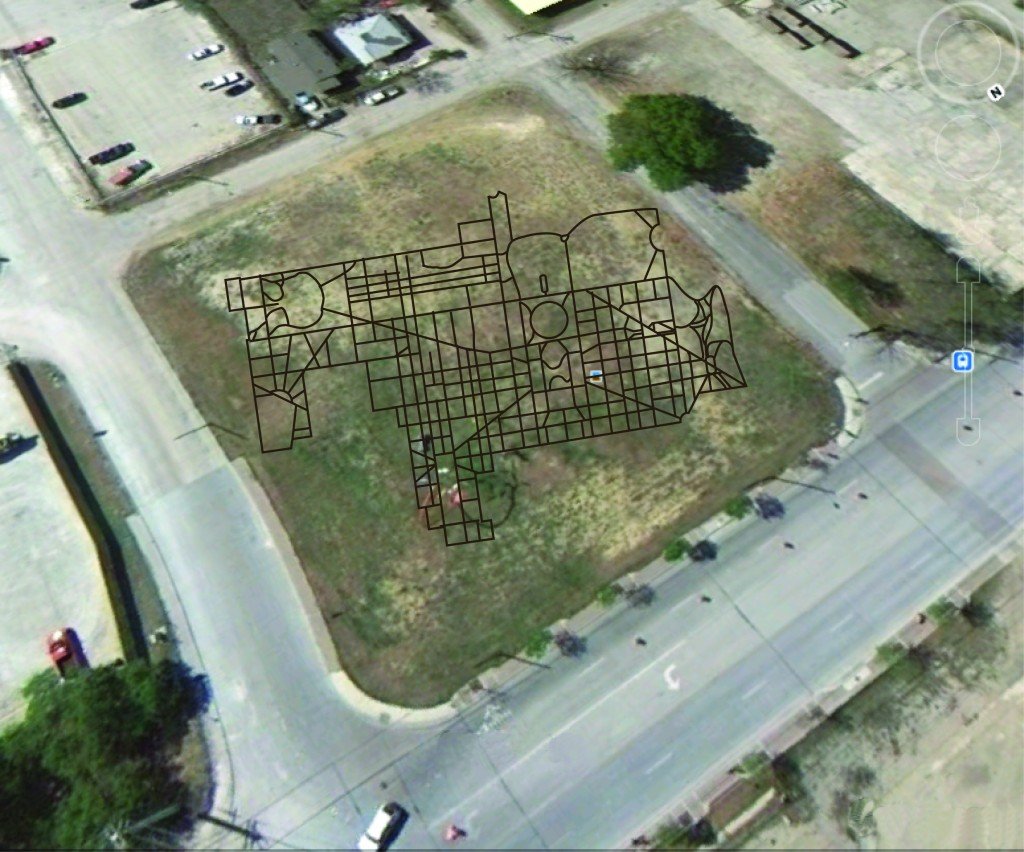 Facilitated by The Art Foundation, Robert Andrade proposes Ruined State(s) No. 2, a 1/4 acre public earthwork in Dallas, TX exploring issues of state power related to the communal environment and physical site from which authority derives validity.

“The project is meant to consider change within States of dominance along with the connected ideology and its effects on the ground within the realm of the everyday,” states Andrade. By excavating the city plan of Washington D.C. (a global power center) into Dallas a comparison is enacted by mobilizing the symbolic structure of power into a semi-permanent state. The excavated earthwork will allow individuals access to meander the streets of the signified, yet physically failing, state of power. (Locally, the project exposes conflicting stratifications and hierarchies concerned with urban development for the arts.) 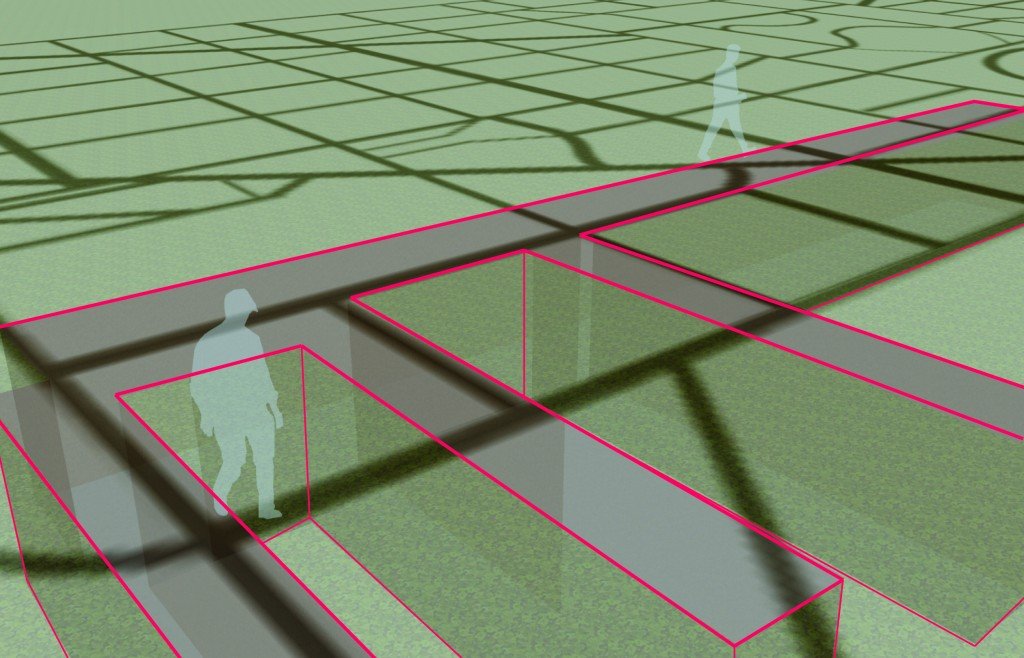