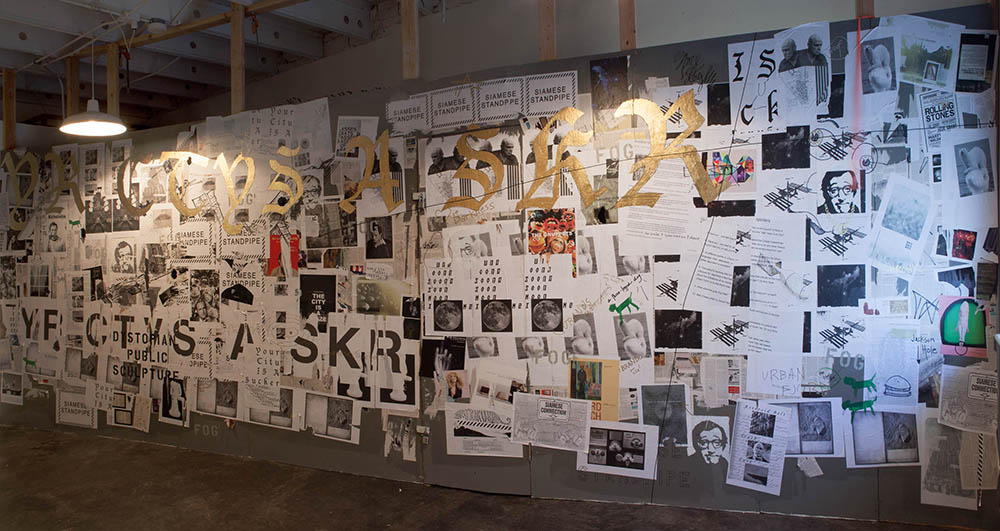 Drawing inspiration and content from Jonathan Lethem’s novel Chronic City The Art Foundation will create a series of broadsides referencing the slow revelation of layered truths embodied within a city. Utilizing pop-culture, esoterica, and cinematic reference the works will be layered series of pasted graffiti style “advertisements” covering the walls of the gallery. Considering the city as a willful entity, often suppressing transparency of intent behind emotive distraction and conspiracy, the exhibit introduces far-flung fragmented ideas as the channel from which truth is revealed, though often mistaking fanciful simulacra for the real and reality for myth.