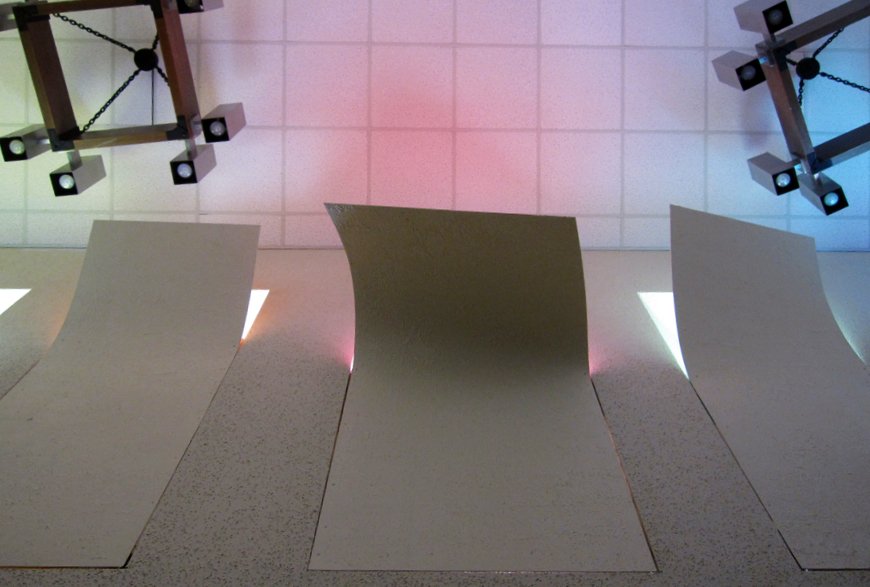 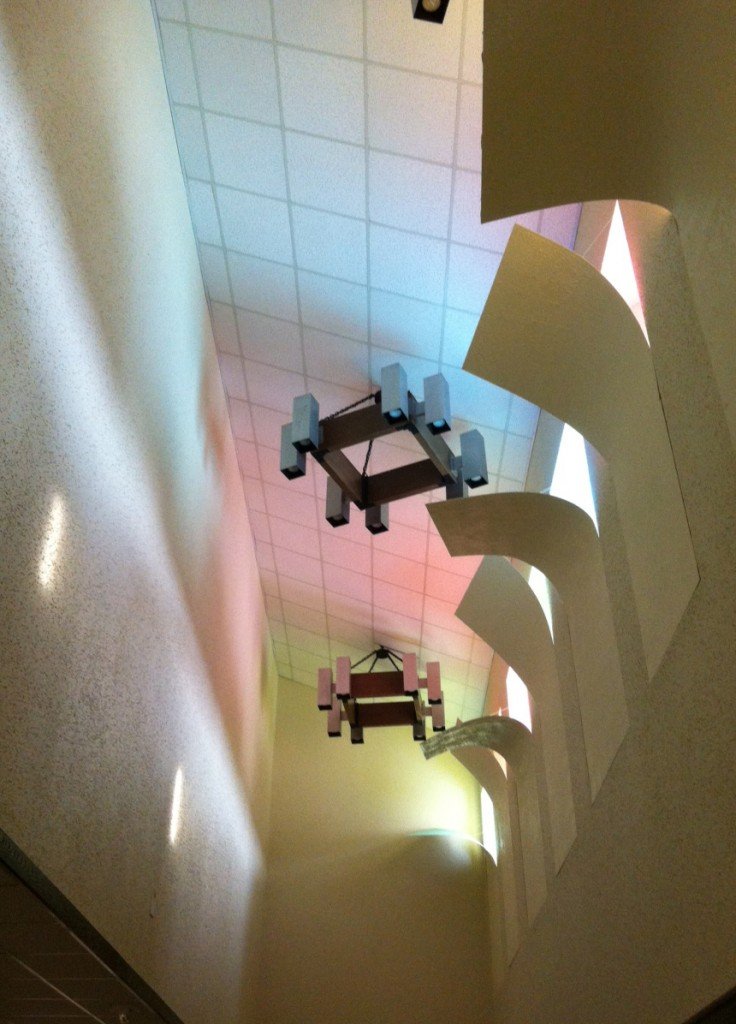 The Mediated Revelation > The Intent of TBA

Responding to the cathedral-esque, light-filled atrium we wanted to imbue the space with motion and mystery. Re-imagining the walls as a skin curling away to reveal colored light, the architecture becomes a living entity. Structurally closing off the window, only to have the panels peel back open, implies a new role for the architecture: one of keeping secrets and actively responding to the needs of the space. In many ways this work is derived and inspired by modern formalist and perceptual artists such as Richard Serra, Robert Irwin, and James Turrell.

On another level TBA has a continued interest in “disater relief” as a paradoxical relationship between architecture and environment, both protecting individuals and alienating them. This installation can also be read as a failed attempt at protection, embracing the beauty of chaos over stability.”