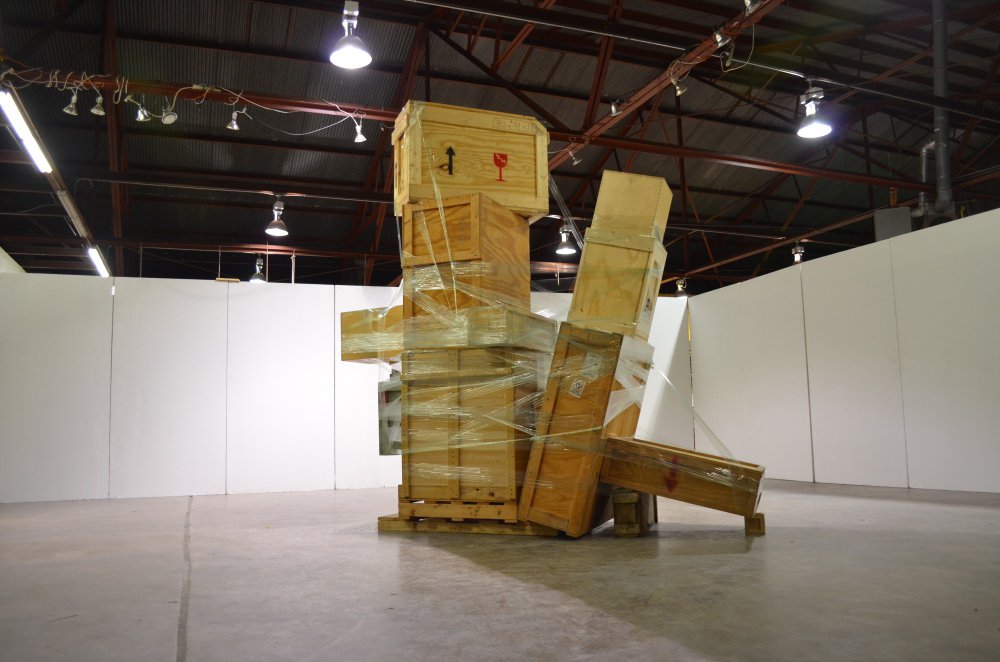 Lone Star Studios and the Lullwood Group present Cr(e)ate. The RJP Nomadic Gallery continues to highlight functional design aesthetics and arts practice as highly influenced by existing infrastructures through a labor based performance and installation. Repurposing the protective shell of the art crate into fine art object through exhibition offers a metaphorical unpacking of typically formal objects, revealing them as purveyors of history and mystery. Arriving at 7 p.m. on Saturday night the RJP Nomadic Gallery will unload the crates from a 40’ Ryder truck and begin the installation in Lone Star Studios.

Echoing the myriad roles of artists the performance will allow for an evolutionary progression from manual labor to arts preparator to aesthetic auteur, participating artist, and curator, but finally ending as janitor. Within the performance and subsequent exhibition the crates will be subjected to a similar arc from base functionality to aesthetic, conceptual relevance and back to mere protective façade.

A call to artists: please deliver your most well crafted, eccentric, or otherwise unique crate to Lone Star Studios to aid in the exhibit. No damage will be done to the crates (unless you want them damaged) and you can collect them at the end of the exhibition on Saturday night.

* This event has been funded through a Kickstarter campaign developed by Lullwood Group and Blue Star Contemporary.