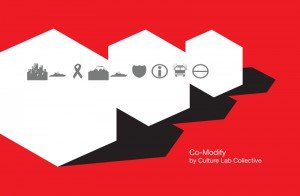 Theme: Culture Laboratory members will focus on the  idea of ‘commodification as a form of validation of life concepts.’
For example: the health care industry, or the health food industry. One can observe that for an idea of common good to be viable, it needs to attain the form of an industrial product.

After observing the changes in my life-choices over last few years I have realized how increasingly our society is going away from tradition-based knowledge. Instead, media, advertising, and celebrities guide today’s choices. It seems, in this post – cultural society, for every common-sense daily practice that our families evolved with, there is a mass-produced industrial product. This product not only cheaply imitates the real social and cultural values, but also cunningly tries to replace them. We have come to embrace the imitational commodities at the expense of the original rituals rooted in cultures. This issue of commodification will be at the heart of the works exhibited in the show at the Nave Museum.

As a collective of artist we will be responding to the condition that we find ourselves today: our society is increasingly going away from experience-based traditions, and tradition-based knowledge. Instead, advertising, mass media, and celebrities guide our choices. It seems, in this post-cultural society, for every common-sense daily practice of the past, there is a mass-produced industrial imitation. We embrace the imitational commodities at the expense of the original rituals rooted in our past, and, at the same time, we invent new rituals in the search of a feeling compatible to memories of a comfortable cultural past; like Oreos and milk. 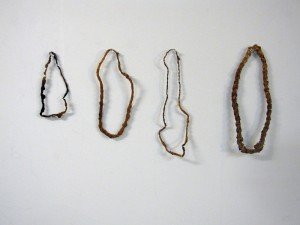 Anything can be made better by deep-frying it.
And nothing is better than gold.

Taking a decidedly “State Fair” approach to increasing the value of gold, the piece considers the nature of wealth as a commodity to be digested. And our efforts to increase that consumption. 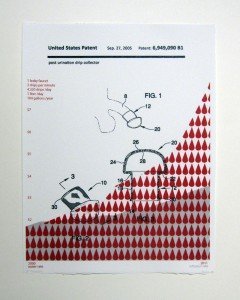 Here are a series of 9 legal US patents that I found, each overlaid with United States statistics that relate to the patent, often in a derisive or humorous way.