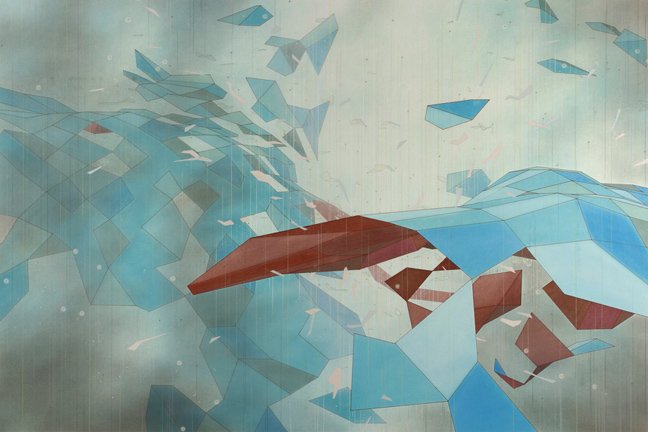 Richland College’s Brazos Gallery is proud to presentModular featuring the art of Eric Eley, Patrick Schneider, andDavid Willburn. Modular implies an infinite number arrangements resulting from the ability to manipulate modules. Each artist in this exhibition utilizes modules, manipulating the units according to an aesthetic sense, questioning and searching, and ultimately creating a new solution. The exhibition includes a large wall hanging structure built from wood and twine, several exploded architectural drawings, and stitching on fabric forming trapezoidal units derived from and overlaying natural shapes. The artists will give a gallery talk on this fascinating exhibition from 12-1 p.m. on Thursday, August 26, 2010.  Modular will remain on display from August 5 through August 26, 2010. 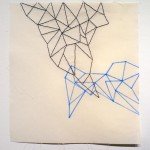 Modular presents three views exploring the possibility of mathematical and architectural discourse. The works engage a form of structure and space, alternately questioning and disproving the truth of established logic. The works become a personal exploration under the guise of architectural inquiry as the works reveal nuances and narratives alluding to personal space.

The Brazos Gallery, located in Crockett room 140 on the Richland College campus, is open Monday through Friday from 10 a.m. to 4 p.m. For viewing outside of these hours please contact Gallery Coordinator Ryder Richards. Modular and all associated events are free and open to the public. 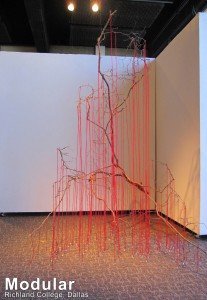 Eric Eley, born in 1976, has recently moved to the Dallas area from Seattle where he received his MFA from the University of Washington. Eley’s work has been exhibited throughout the United States as well as internationally in Belgium, Germany, the United Kingdom, Italy and Switzerland. Most recently Eley had solo exhibitions at the Platform Gallery in Seattle and Hamburg, Germany while participating in group shows in Cologne, Germany; Vancouver, Washington and Basel, Switzerland.

Patrick Schneider, born in 1984, received his MFA from Southern Methodist University in Dallas. Schneider’s current work documents architectural space by exploding the architecture to a point where each space is alienated while retaining an integral role in the composition. These spaces are mapped from personal documentation and as choices are made the assumption that a mathematical inquiry would be neutral dissolves as personal decisions and fingerprints are discovered on the surface.

David Willburn, born  in 1970, received his MFA from Vermont College of Fine Arts in Montpelier, Vermont.  Much of Willburn’s studio practice relates to domestic acts and ideas.  This can be found in much of the imagery he chooses—scenes from Pottery Barn catalogs and of areas within his own home.  His most recent work focuses less on knowable imagery and more on ideas of space, pattern and materials.  The domestic reference, however, remains intact through his use of hand-embroidery and craft materials.  Willburn’s work has been exhibited in New York, Helsinki, Finland, Portland, Oregon and Lubbock, Texas.