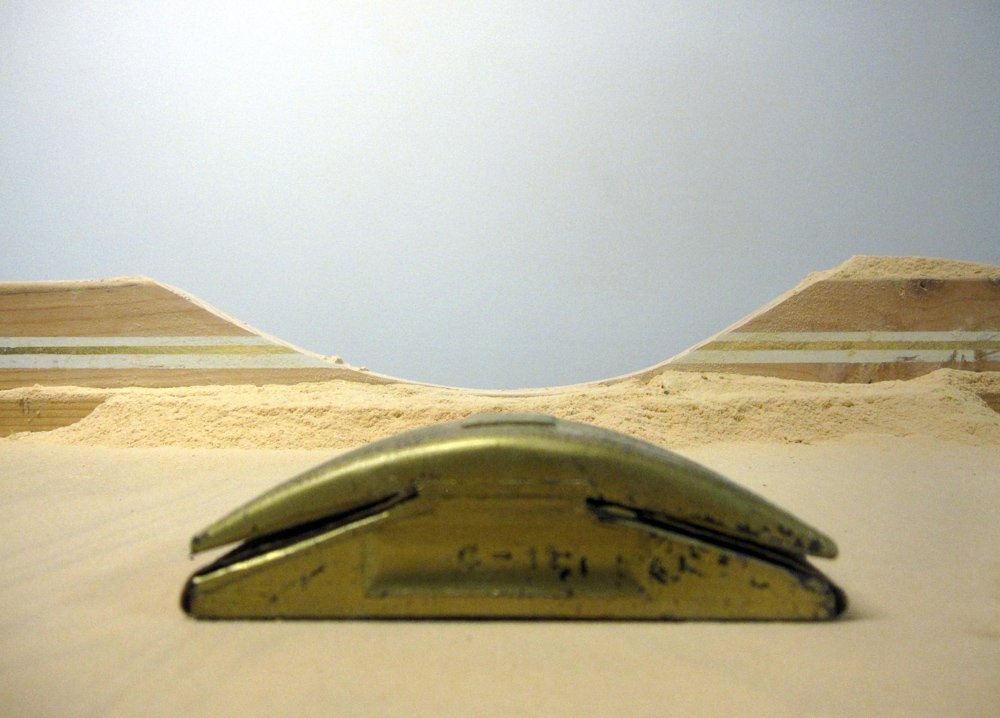 Land Portrait will feature work from Culture Lab members based upon his or her relationship with a particular place, landform, landscape, topography, or state of current residence. The works, when combined, will act as comprehensive land portraits. These translations of site are needed as societies are continually in flux and locations are fluid. Histories are waiting to be formed. 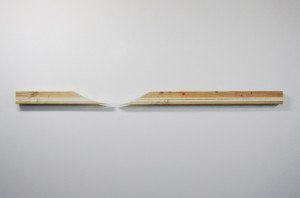 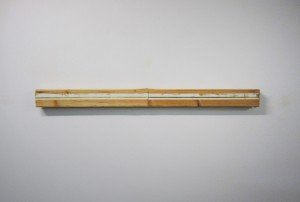 Concerned with deep-time versus human-time, these pieces use common building materials to comment on value and longevity. By collapsing the actions of millennia into countable hours and manual labor the objects use the language (and approximate the methods) of geologic time as a reminder of human time scales and land interaction.

Oddly, spending 13 hours hand-sanding through a 2×4 was not exhilarating. Crushing two 2×4’s with a golden hammer (while on stilts) was kind of fun. Destroying the building material of choice for mass expansion homes -as well as a harvested, manufactured natural resource- reflects my belief that the decision to create is intrinsically destructive. For most humans once they are occupied creating the task must be completed, leading to a myopic subservience to idea and object… post-haste.

The speed with which modern growth (primarily mechanical and electronic) is enacted has become humanity’s enemy: exponentially consuming resources while rendering traditional manual labor obsolete. On one hand, the individual is devalued due to the speed and/or strength of the body (his/her natural time keeping device is declared worthless, therefore human based time is worthless*), and on the other hand, we increasingly neglect ecological and geological time for the sake of urgent completion/expansion/creation. This leaves us organically timeless, fixated on the mechanical, electronic rapidity of the future… probably without bodies or a planet.

~ Ryder, 2012
* this is a massive leap in logic and probably isn’t true, but it is an interesting idea.