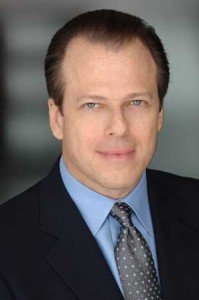 Director of the Dallas Museum of Art Maxwell L. Anderson will discuss museum adaptation through technology 6:30 pm Friday at the Frist Center, as part of their “State of the Art Contemporary Lecture Series.” Anderson, who has worked at The Metropolitan Museum of Art, served as director of the Whitney Museum of Art, NYC, and director and CEO of the Indianapolis Museum of Art, Indiana, is an innovator and proponent of embracing online media and mobile devices as integral tools for the museum experience.

Anderson generously gave a few minutes to ART NOW NASHVILLE in preview of his lecture.

Art Now Nashville: In your move from the Indianapolis Museum of Art to the Dallas Museum of Art in January, you moved from an institution where you raised millions of dollars and doubled the museum attendance. Many museums are hoping for a similar change. What decisions did you make at IMA that implemented such drastic increases?

Maxwell Anderson: Well, it’s generous to say drastic. (laughs) … In Indianapolis we had the benefit of a very sizeable endowment, which kicked out upwards of 70% of the operating budget. So, it was easy to raise funds that were not for paying the light bills. The more sizzle you can put into a program to entice a foundation, an individual , a corporation, or a government agency to support you, then the likelier you are to get a good result.

ANN:  You have spoken about technology and acknowledging the role of social media, especially when introducing visitors to museums and linking them to programming. Can you speak briefly about that, possibly commenting on the intellectual experience of the museum and the passive or active form that new media plays?

MA: I think art museums are very late to the technology party. The commercial sector has been racing ahead in understanding the consumer behavior in identifying impulses and describing them to a consumer so they can understand who they are (laughing.) Museums have been pretty slow in understanding who we might want to attract, have access to a chip in the network, and that they are reachable.

So, I think the core question around technology in the museum is “how do you make sure that the technology doesn’t get in the way of unpacking the artist’s intention?” And in my view, there is a lot of room for that.

… general art museum[s] … are institutions that are committed to a larger dialogue about creativity. And technology fits very nicely with entities like the Frist that are devoted, in its own mission statement, to the creative enterprise.

ANN:  Speaking of the creative enterprise, you have a book that will be coming out this spring, The Quality Instinct: Seeing Art Through a Museum Director’s Eye, in which you mention “seeing” rather than merely looking. Considering technological media and museum patrons, what is the role of this education of “seeing” and how does it form? Is this quality instinctive, possibly acting as a gateway in this process, and does it give rise to a more critical understanding?

Looking at it is the next level of entry, in which you are actually trying to figure out more of the features of it and its character as an object. Actually “seeing” is, one would say, seeing from the material features of the object to the artist’s intention. Connecting yourself as a sentient human being in the present to a creative act that may have been decades, or centuries, or millennia ago is a challenge that museums have.

So much of what we have spent doing in the last generation is experimenting with ways of giving the public more of a sense of ownership of their visit.  And I think technology is a nice, unobtrusive way to put the object and the artist back in that encounter without forcing the visitor to do cartwheels through endless label copy, wall text panels, or display methodologies where ultimately that context can be given on an i-Phone instead of encumbering objects with interpretive layers and with interpretive dressing that actually detracts from the experience of the original.

ANN: So we can leave the experience untarnished, but still have the resources available?

MA: Or imagine yourself in a new context. There is no harm in the act of imagination, of trying to go back in time and imagine you are Johannes Vermeer in his studio painting on an easel, or Bob Rauschenberg in Greenwich Village applying photographic images in a serigraph. All of these are creative acts that have their particular conditions and circumstances and technology is a way to make those more manifest.

Maxwell L. Anderson will discuss museum adaptation through technology 6:30 pm this Friday at theFrist Center, as part of their “State of the Art Contemporary Lecture Series.”