Guns and Gods: an Interview with Ryder Richards
by Nicholas Pierce 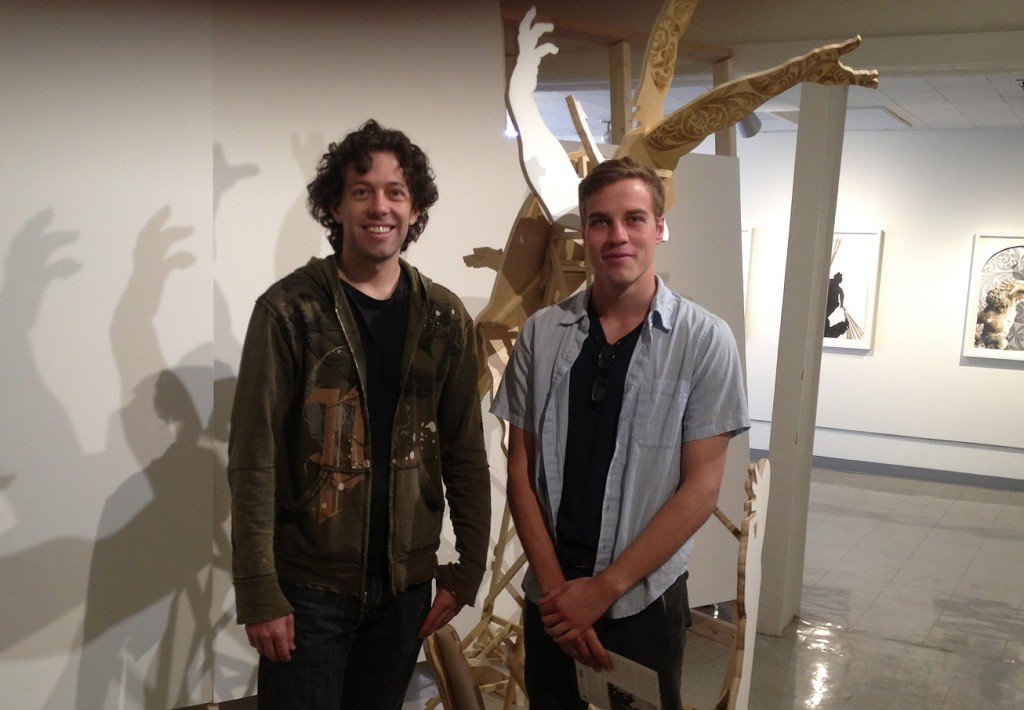 Through April 17th, Roswell Museum and Art Center will be showing new works by Ryder Richards in an exhibition titled Conflicted. Ryder, who received his BFA in painting and drawing from Texas Tech in 2001, is currently a fellow at the RAiR program in Roswell, NM. Drawing equal inspiration from his upbringing and his travels through Europe, where he studied classical architecture and Renaissance sculpture, the work that Ryder has thus far produced at RAiR—the work on display in Conflicted—infuses Greek myths with Western ideologies. Guns and gods appear alongside one another.

I met Ryder for the first time over spring break. Inside the starkly white and spacious walls of his RAiR apartment, we talked till long after sundown. Our conversation ranged from McCarthy to collaboration. This week we revisited similar topics over email.

1. You draw with gunpowder; create with a tool that is typically used to destroy. In your mind where do violence and creation meet?

They meet in the act, the action of creation, just as they do in the act of destruction. The important thing is that creation and destruction are transformations, which is an action of violence against the nature of the status quo or the object. For instance, a piece of paper is pure until we decide to create and ruin it by drawing on it: we have just imposed our will onto the paper, defiling it. This is a form of violence no matter how beautiful or well-intentioned the result.

I would like to say a bit more on this: if all human creation is an imposition of human will onto materials or ideas or other people, then ideation in itself becomes a sort of violence, typically destroying in it’s efforts to create. The difference: to not define violence as pain or death, but instead, to recognize violence in every thought that allows us to manipulate (create) the world. In many ways, once this thought has taken place and action follows, a real thing exists and all other possibilities vanish. Is this also violence?—To steal the present moment of potential?

Many thanks to Nicholas Pierce and Joe Arredondo at the Texas Tech University School of Art.