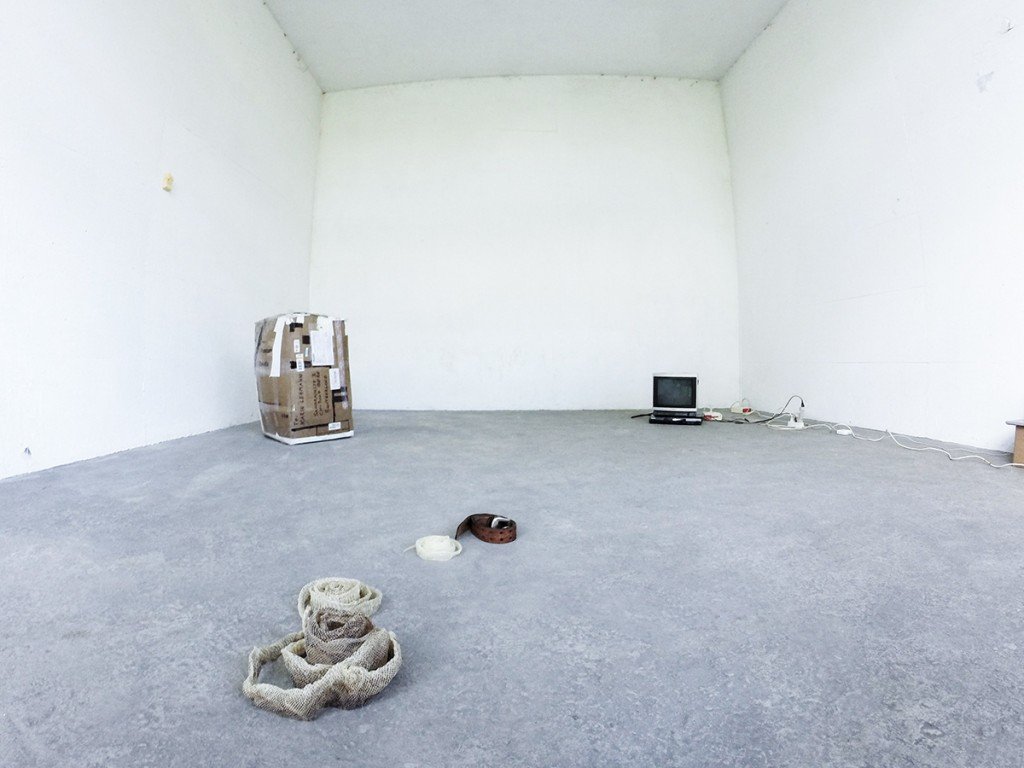 Developed by Baumgartner and Lehmann, residents of Bern, Switzerland who participated in the Dallas Biennial 2014, “Lone Star State” was organized at Olm Space to explore and display notions of Texas.

I had two pieces in the exhibition: Texas: Striking Skins and Texas: Stance of Contemplation.

“Texas: Stance of Contemplation” developed from running art galleries in West Texas and noticing the need to continually repaint the base of the wall. The action of leaning with one leg propped on a gallery wall as a means to engage in thought while also signaling boredom unintentionally ‘marks’ one’s position. The cowboy boots that typically make these marks are often worn as a marker of cultural values, since most cowboy boots are not worn by working cowboys. Therefore, the stance and action are affectations of actual cowboy stances and/or a mediated archetype of cowboy insouciance.