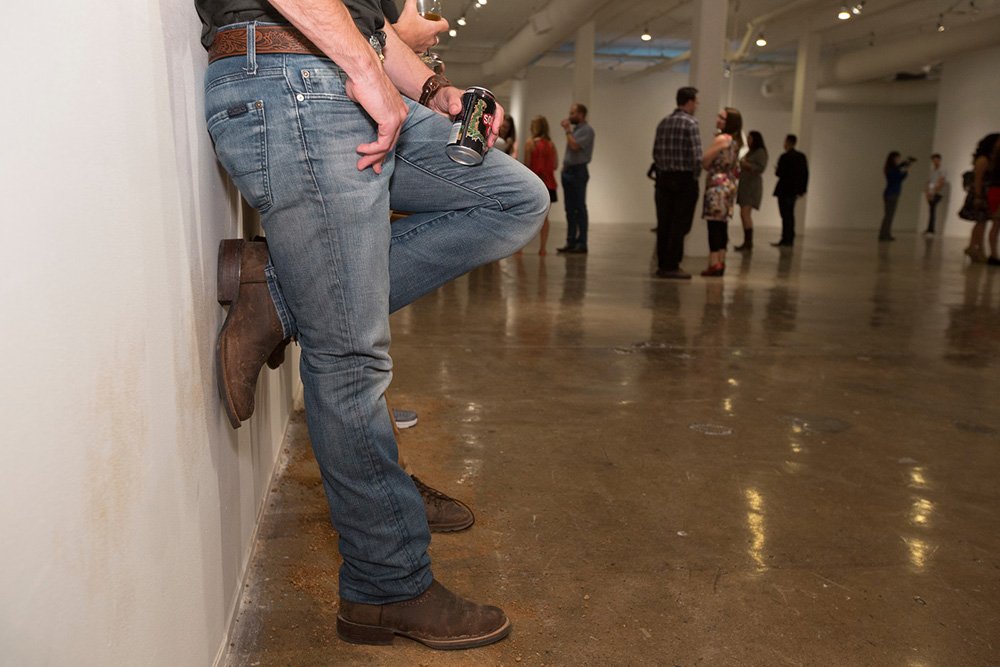 CURATORIAL STATEMENT:  So much of our shared existence is the commonality of man: family, work, home. At the center of our stories, are characters–people and places–whose familiarity remains. These anti-heroes of the everyday give solace, provoke memory, and celebrate the mundane. Personal and familiar, these understated players represent a profound role in daily life.

Ryder’s performance, Stance of Contemplation, developed from running art galleries in West Texas and noticing the need to continually repaint the base of the wall. The action of scuffing and leaning with one leg propped on the wall as a means to engage in thought while signaling boredom unintentionally ‘marks’ territory. Most cowboy boots are not worn by working cowboys and instead act as symbols of cultural value; the stance and ‘marking’ becoming affectations of the archetypical cowboy insouciance.