Synopsis:
The exhibit looks to the Llano Estacado’s landscape to explore connections between Lubbock’s geographic isolation, sheltered space for the modern traveler, and the prominent agrarian social code known as a Culture of Honor. 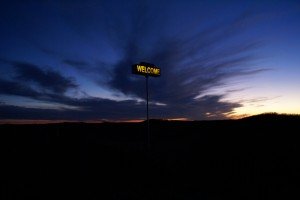 Proposal:
Once beneath water during the Pleistocene, the Llano Estacado has shown a distinct drying trend. Requiring innovation to harness resources beneath the desolate landscape the populace has generated prosperity. Evidencing environmental determinism local residents also draw from internal reserves amidst seeming barrenness. Stubbornly thwarting the dictates of nature, they have developed the contrariness necessary to once again provide sustenance, this time in the form of a cultural and industrial oasis. Utilizing geographic isolation as strength 1, Lubbock has found ways to serve the surrounding areas while remaining astutely aware of its position between two established urban identities: the gleaming concrete of the Dallas/Fort Worth Metroplex and the cultural pedigree of Albuquerque/Santa Fe.

Situated between money and culture, Lubbock became a crossroads: a temporary refuge both geographically and psychologically. Capitalizing on the regional influx and providing service to the transient, Lubbock caters to both cultural conservatism and intellectual, communal detachment. Generated from a symbiotic relationship with the land a distinct agrarian social code is visible in the outlying communities. Known as a Culture of Honor, this typically rural form of social behavior echoes Lubbock’s own faith bonded, conservative, and violent tendencies. 2 3 4 5 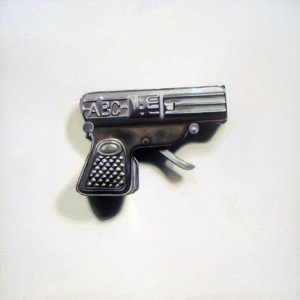 While maintaining a regional identity, Lubbock has simultaneously prolonged the stay of the passer-through or wanderer, offering high levels of education and medicine in isolation from the surroundings. In keeping with Kracauer’s comments on transience, Lubbock as an isolated crossroads features an aspect of the grand hotel as the modern paradigmatic space: a silent church separate from the community bonded in which the modern traveler may be sheltered and offered reliable space for rational contemplation.6

Seeking to extrapolate upon these distinct roles (sheltered transience and agrarian community ethics) harbored within the Llano Estacado, “Crossroads: Transient Depositions” offers a series of works created by artists who have either invested time in the region or manifest a similar relationship with environment. The Llano Estacado inversely stimulates ingenuity through solitude, and those exposed to it, even temporarily, leave imbibing some portion of the grit necessary to persist.

Primarily focused on man’s efforts within the landscape, the exhibit will portray varying attitudes from the vacant sublime to contradictory beliefs, recognizing the city’s formative role on those who have stayed and those who have traveled onward. Visually, the works will feature vast space paired with man’s icons in the sparse environs, relying primarily on a monochromatic color palette.

1 320 plus miles to the nearest international airport (DFW or ABQ), the next closest airport is 119 miles away in Midland.

2 “Culture of Honor: The Psychology of Violence in the South” Richard E Nisbett and Dov Cohen.

3 “Bush received his largest winning percentage in Lubbock’s congressional district in the 2000 presidential election, and local lore holds that the city has more churches per capita than any other in the nation.” (Washington Post, Jan. 2003)

4 At near 300,000 citizens, Lubbock was voted 2nd most conservative city in the USA. (nonpartisan Bay Area Center for Voting Research, 2005). In addition, urban growth typically generates an increase in liberal, democratic politics, of which Lubbock and Provo Utah are primary exceptions. (“Rural Voters and the Polarization of American Presidential Elections,” Seth C. McKee.)

5 Lubbock’s crime rate is twice the national median, ranking it as the 6th most dangerous city in the US based upon 2010 FBI Uniform Crime Report. This may have little correlation to the immigration from the region, however I find the correlation worth consideration. (Lubbock Online: Forbes, 2011) In 2013 Lubbock had the second highest rate of violent crime in Texas. (Texas Monthly, 2015)

Ryder Richards is a Dallas based artist, writer, educator, freelance curator, and collaborator.

View all of Ryder's posts.