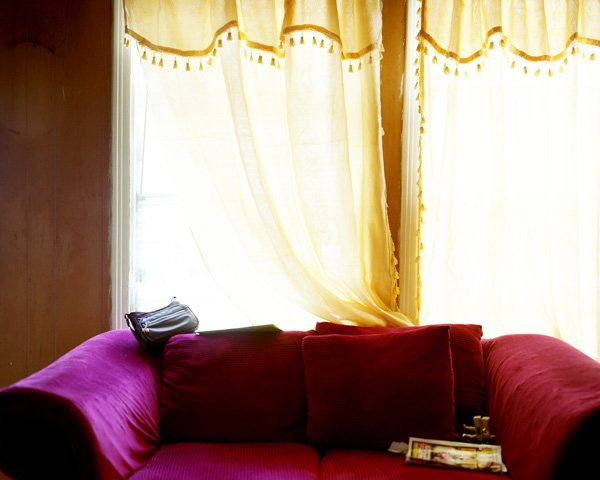 Richland College presents “Context,” a photography exhibition about the discrepancy between place and subject. The photographic works of Lupita Murillo Tinnen and Keith Wilson investigate Mexican/ American relationships from exterior aggrandizement to interior isolation documenting social contradictions.  The exhibition will take place October 21- November 5, 2010. Please join us for an opening reception on Thursday, Oct 28, from 12-1 PM in the Brazos Gallery.

Due to the nature of the photography, accuracy within the image is based on information gleaned and information withheld. The images produced by Keith Wilson and Lupita Murillo Tinnen alternately reveal and imply the larger context of the situations photographed. The works quickly become a personal examination as they provide a way to discuss topics invisibility, despair, refuge, socioeconomic viability, and the labels we associate with the above issues. 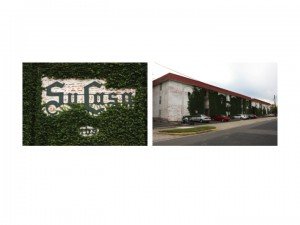 Wilson’s imagery evokes an ironic despair as the Hyde Park apartments in Austin are given optimistic, aristocratic names. The works call into question the validity of association while pointing out the discrepancy within societal structures: living in a low-rent apartment with a glorious name only further exacerbates the social and monetary divide between the tenants and the possibility of  achieving a bourgeois lifestyle.

Murillo Tinnen’s work considers the individual’s living quarters as intimate portraiture. The homes belong to undocumented peoples living in America. As a series they question the visibility and viability of these families. By removing the traditional subject we are left to ponder the stories of these people through a peak into their homes.

“Context” was curated by Ryder Richards. “Context” and all related events are free and open to the public. For more information, please call (972) 238-6339 or email at rrichards@dcccd.edu

Keith Wilson ARTIST BIO and STATEMENT about the work:

Keith Wilson is a film maker, photographer and performance artist based in Austin and San Francisco. His films have aired on public and cable television and have been exhibited in galleries, community spaces and film festivals including the Berlin, London and South by Southwest Film Festival as well as the National Gallery of Art. He has an MFA in film production from UT Austin. Wilson’s Tour+Performance, the Cave & Mountain Tour, an interactive performance exploring physical space, recently appeared at the Fort Worth Modern and Blanton Museums.
www.wall-eye.com

The romanticization of breathtaking landscapes (mountain ranges, praries, deserts) and noble structures (places of worship, castles, parliament buildings) has been going on for a very, very long time. I am interested in the ways in which this phenomenon occurs in our everyday lives, specifically in the built environment – a place we move through, inhabit, give life to, more often than not, without much thought. HYDE PARK APARTMENTS is a flat-footed series of documentary photographs of the apartment residencies of Austin, Texas’ Hyde Park Neighborhood. Inspired by Ed Ruscha, Joe Deal and Bernt and Hilla Becher, the series records ongoing attempts to evoke the ideal by way of aggrandized nomenclatures.

Lupita Murillo Tinnen ARTIST BIO and STATEMENT about the work:


Lupita Murillo Tinnen was born in Fort Worth TX. She received a B.A. in Photography from Texas A&M University-Commerce in Commerce, Texas and a M.F.A in Photography from the University of North Texas in Denton, Texas. She is currently chair of the Photography and Applied Graphic Design Technology Department at Collin College in Plano, Texas. She serves on the National Board of Directors for the Society for Photographic Education and Texas Photographic Society. Her work has been exhibited at the Houston Center for Photography, the Dallas Center for Contemporary Art; the Mexic-Arte Museum in Austin, Texas; the George Eastman House in Rochester, New York; and the Corridor Gallery at the University of Rhode Island. In 2008, she was an artist-in-residence at the Woodstock Center for Photography.


Throughout my photographic career, the subject of my work has been the Mexican immigrant community in Fort Worth, Texas. It is special to me because my parents are Mexican immigrants. While I was raised in American culture, I was also raised in an undocumented culture and my parent’s lived in fear for many years. This body of work is a glimpse into the daily life and space of my people. These impressions show a way of life for many undocumented immigrants who choose to keep a low profile for fear of being deported. By photographing only details of their homes, the viewpoint is restricted. Unable to step out and see everything, the viewer sees these details from inside the protective space, looking outward. These simple details of domestic spaces tell the story of the people through mundane objects and cultural icons.