Conflicted and various other projects 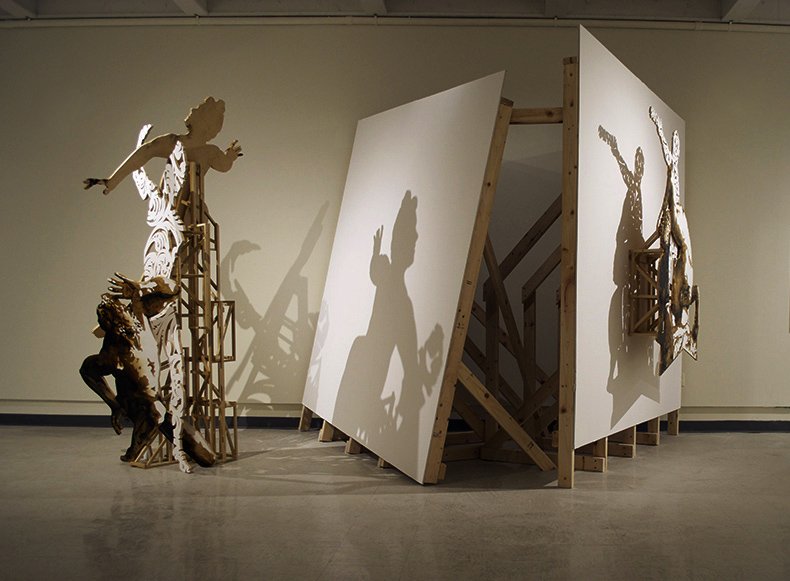 My solo exhibit Conflicted opens at the Roswell Museum (Roswell, NM) on Friday, Feb 22. I am preparing an artist talk that will discuss several things related to the exhibit and the region, such as the ubiquity of signage to convey purpose over the form of architecture as advertisement. There is a stripped down utility in building a sign (garish as it may be) that broadcasts a message in this often desolate landscape rather than generating an expensive or grand structure. 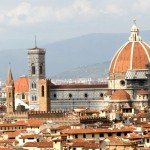 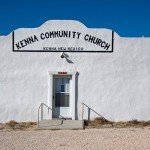 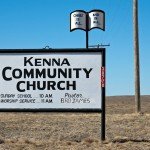 The talk will also mention attempts to frame the sky and the inevitable reversal of blotting out the sky. This brings about artificial and mobile methods of creating site context, attempting to relegate the actual site’s zeitgeist as irrelevant to your own message. To speak to this in a round about way I am importing late Renaissance sculpture as a corollary of imported high art and state propaganda, yet fashioning my works using flat planes and exposed structures found in the region. (There is also a russian constructivist tendency in the work, further prompting image as propaganda.) 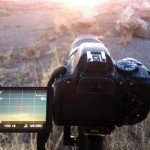 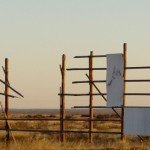 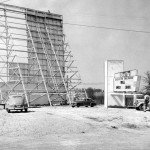 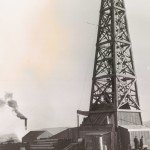 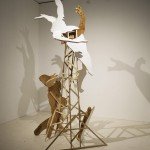 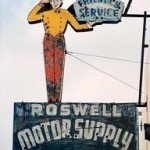 About the propaganda bit: advertising is primarily propaganda. In this case the correlation is that Giambologna’s iconic sculptures were utilized by the state of Florence as political metaphors for their might. The Medici family went so far as to not allow Giambolgna to leave the city lest he be employed by some other city/state undercutting the arts prowess of Florence. 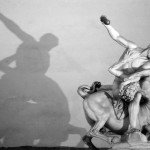 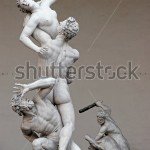 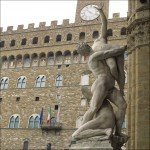 Oh, did you want to see images of the work in Conflicted? Sorry about that. Here are a few installation shots. More can be found here. 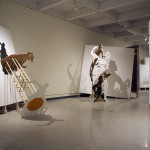 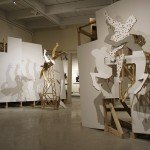 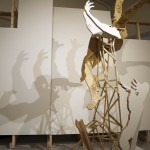 We are promoting Six Short Stories, a film by Richard Patterson being screened at The Texas Theater on Thursday, Feb. 21. [link] The film was first exhibited at The Art Foundation’s exhibit twain.

TAF has been invited to participate in the Dallas Biennial 2012, vol. 4 [link] being released in March 2013. The topic is centered on group portraiture.

We have also been working with California artist Robert Andrade on his project Ruined State(s) No. 2. [link] This has been a long term project with several facets that will be discussed soon in upcoming texts. 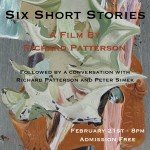 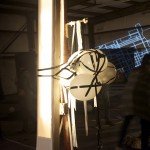 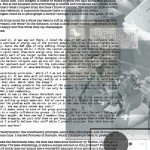 The Dallas/Fort Worth based exhibiting group [cirkitofmythos.com] will be showing works exhibited this summer in Chicago. Texploitation II will be at TSFKAPG (The Space Formerly Known as Plush Gallery) at 918 Dragon St., Dallas with an opening reception on Saturday, Feb. 23 from 6-9 PM.

On Tuesday I will be leaving for NYC to help set up temporary walls for a gala event for Storefront for Art and Architecture at the Bleekman Palace. If you consider wall design and manual labor art, this will be a tremendous art project. Of course my buddy Piotr Chizinski roped me into this.