Though found on several websites “disaster preparedness” is heard of less often than it’s action oriented sibling “disaster relief.” Without sexy dramatization “disaster preparedness” tends to remain disregarded, the homely accountant planning for future failures and cataloging past defeats. With a focus on the probable instead of the active “preparedness” often fails to operate in the present, thus operating primarily in theory. Within this vacuum of present action analysis can be pondered and prepares delayed… until the time when they can’t. Then, for one glorious moment potential shifts to fear and is promptly converted into action… 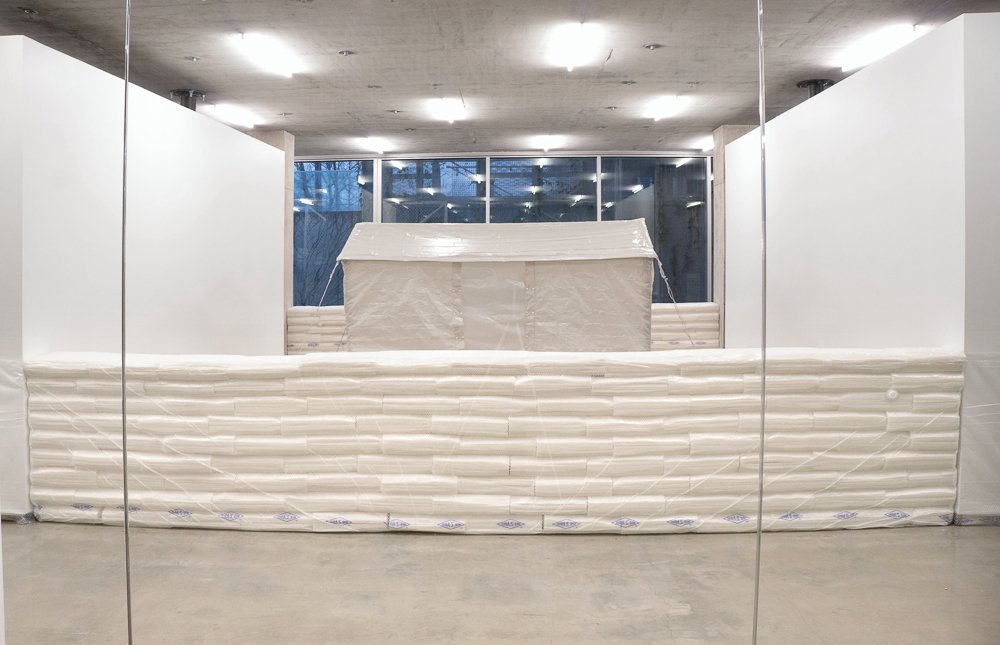 Investigating an interesting distinction, Piotr Chizinski asks how Americans –not America– will fare after the next disaster. In so doing he uncovers a system of negligent policies and failed infrastructures reflecting a blatant disregard for the citizenry. One of the key governmental factors has been that as city populations grow the issue of providing evacuation or adequate safety become economically exponential, leading to the American government’s shift from caretaker of the citizenry to a laissez faire policy of individual self-reliance supplemented by private insurance.[1] While it may be naive to suggest that lives should come before economics Chizinski’s recent work takes on the larger ramifications of policy starting with the most basic, free information supplied to the public: the self-help disaster supply kit.

The FEMA guidelines of preparedness for a storm or nuclear blast include three gallons of water, food, plastic and duct tape to “shelter-in-place.”[2] Instigating a run on local stores a purchasing spree may lead to a pile of dubiously beneficial items in which faith can be placed. Similar to war time instruction when buildings were designated as bomb shelters despite not being able to withstand a blast, or children were taught to hide under flimsy desks as bombs dropped, one begins to question the safety potential of plastic and duct tape within a disaster. 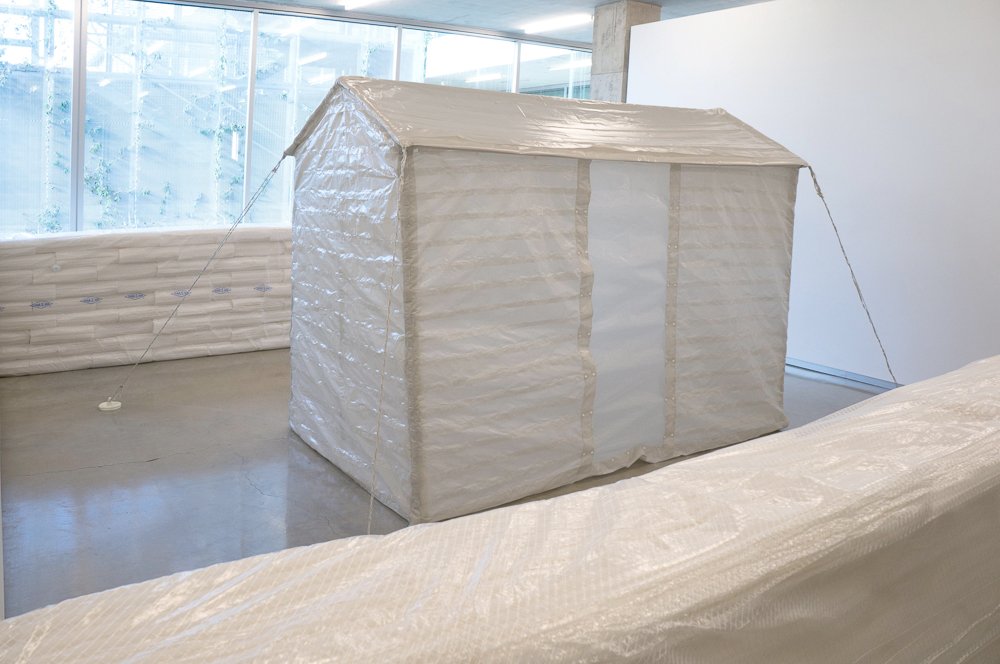 Applying the language and resources specified by FEMA Chizinski embraces the individual self-help methodology with something of a MacGyver-like ingenuity. Extrapolating the “shelter-in-place with plastic” scenario into an extreme he has created a portable plastic house that can be anchored-in-place using suction cups, potentially to prevent it from drifting away in a flood. Well designed and executed it begins to show a folly of logic as the structure could never withstand a disaster. Instead the work comments on the human desire for semi-private, personal space and the industrious individual labor put forth to fulfill the illusion of safety. In disaster situations the irrationality that accompanies fear allows for a redistribution of energy towards task completion rather than logical consideration. The measures are prescribed and followed despite being the equivalent of placing a hundred band-aids on a compound fracture.

Further embracing the mentality of disaster management Chizinski has developed a lightweight, do-it-yourself floodwall. Using eco-friendly Styrofoam shaped as sandbags that dissolve instantly in water the materiality reflects a globally conscience disposition that undermines the structural purpose of a floodwall. Once again parodying the token efforts of under developed disaster mitigation Chizinski’s faulty floodwall serves as a placebo for optimism. Further compounding the commentary Chizinski has undertaken to vacuum-seal the Styrofoam in plastic as a means of protecting the wall from the oncoming flood. Similar to the advice to protect valuables with watertight packaging the effort to “protect the protection” stems from the knowledge that the defenses, though flawed, retain a misplaced hope for salvation. The additional citizen modification to the self-help protection system presents the final triumph in Chizinski’s work as the labors’ unintended consequences have developed a large scale floating wall: protection is parlayed into an evacuation raft. 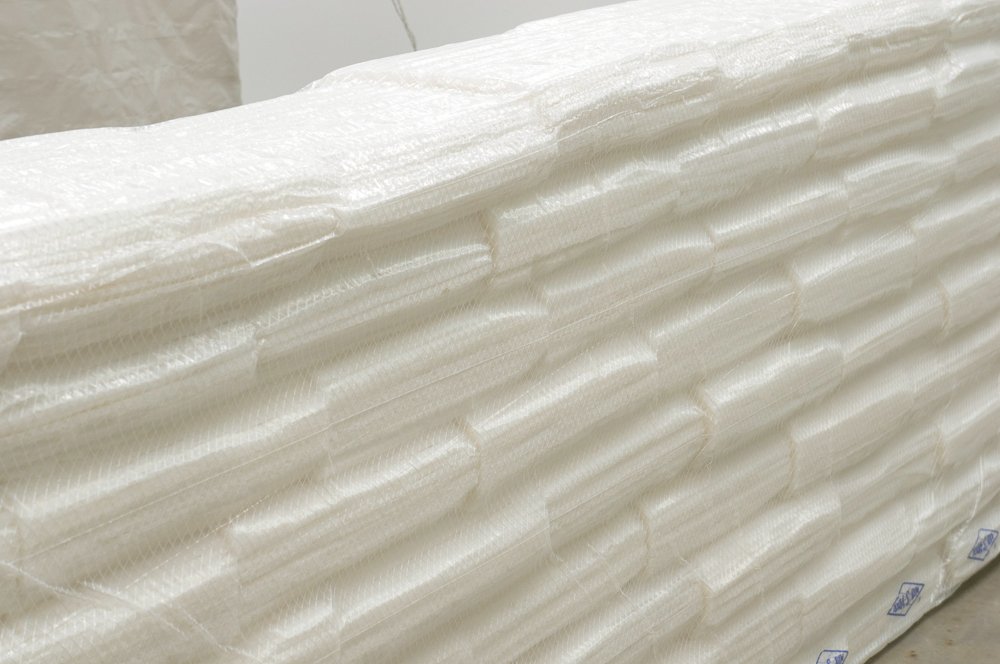 Chizinski’s work addresses a very real concern for the future of American citizens. The obtuse information generated from our governmental agencies, their flawed track record, and the subsequent emphasis on relief over prevention (or preparedness) signals a breakdown in the tacit agreement between the state and citizenry. Chizinski’s work argues that the ideological, unarguable stance of valuing human life increasingly collapses onto the individual citizen, with whom our trust must remain in the face of irresponsible government decisions and increasingly apocalyptic predictions.

[1] A Study of National Travel Requirements for Strategic Evacuation.  1970