a thing of this world, Ryder Richards’ installation has evolved from researching civil power conflicts, primarily focusing on the relationship between police and citizens. Influenced by power/knowledge theory, the work uses the aesthetics of conflict while considering academic knowledge as a distancing mechanism from reality. The artist’s stark, detailed drawings, which depict a range of imagery from shielded police, plumes of smoke, to excerpts from theoretical text, frames a sense of civil escalation among police/citizen relations. Relative to the works on paper, Richard’s sculptural objects allude to conflations in the symbolic means-to power with figurative proxies in the form of a Kevlar® hoodie and a tower of batteries.

On the rooftop, Richards will also exhibit Shield: Monument, a project comprised of cast plaster staircases correlating to the fragility of movement.

END_OF_DOCUMENT_TOKEN_TO_BE_REPLACED 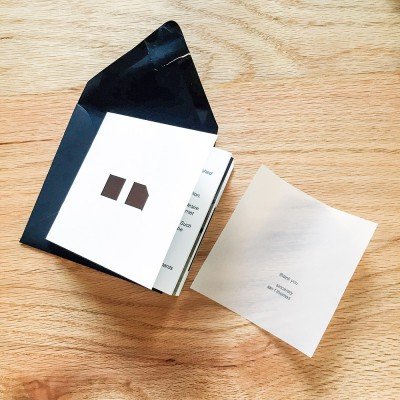 Considering the breadth and differentiation of styles in Thomas’ work, one may find convenient a conceptual handrail with which to navigate his variegated research and production processes. Predominantly, there is a need to make apparent the invisible roles of cultural production, both of the laborer and the artificiality of the desired object.